Where’s the suicide supports to be NOT DEAD YET?

Activist and academic Peter Kearns has been engaging with ILMI’s spring E-Bulletin to post a brief series of articles on the cultural backdrop to why many Irish disabled activists are opposing Gino Kelly’s Dying-with-Dignity (DwD) Dáil 2021 Bill. This week’s blog is Peter’s concluding Bi-Weekly article and it is mainly concerned with exploring why Irish disabled activists should become more vocal in identifying the dangers associated with the call for assisted suicide to be legalised. Peter will introduce our readers to positive international arguments and actions by disabled activists who have turned the ‘dying’ discourse on its suicidal head. Activists worldwide are looking for more effective suicide supports for disabled adults and young people experiencing feelings of decreased quality of life or loss of autonomy or dignity as dubious reasoning for non-disabled proponents for rushing-in laws of assisted suicide. International activists are also having face-2-face discussions with their governments about how the assisted suicide one-sided argument can prove a danger for those with impairment labels associated with terminal illness who are not being enabled to effectively engage with their national suicide prevention supports.

Many Irish disabled activists believe that legalising assisted suicide will inevitably lead to increasingly adverse judgements about the quality of life of disabled people. Learning from the lived experiences of activists in Oregon USA, Netherlands and UK, ILMI Social Inclusion Coordinator Peter Kearns suggests that “if we give in to the demand to protecting medical assistance in a suicide of a person with an impairment label, we are reinforcing attitudes that say that the lives of disabled people are not worth living – that they are a particular burden to themselves, their relatives and friends, the Taxpayer and the state”.  International disabled activists are also arguing that these negative attitudes are faced by disabled people all the time across the globe where Dying-with-Dignity laws are popping-up worldwide over the past two decades.

This disabling Dying-without-Dignity discrimination does not just happen at moments of pain & suffering crisis or imminent death. Daily barriers are the underlying reason why Irish society can be so inaccessible and enable pro-suicide feelings for disabled people. These society barriers also isolate us systematically from mainstream suicide prevention supports. At the same time, non-disabled Irish politicians focus their energies on legal protection for doctors in rolling-out suicide choices for what one Irish social media Dying-with-Dignity page called ‘the afflicted’.

Picking up on the depressing role of systematic barriers in their policy statement on assisted suicide in the UK, the British Equality and Human Rights Commission noted a number of steps that need to be taken before a state even contemplates assisted suicide legislation. These include:

The UK NOT DEAD YET supports the above Commission’s statements by responding to an increasing number of well coordinated campaigns aimed at legitimising the killing of terminally ill and disabled people in Britain. Like some James Bond SPECTRE international puppet master, background agents such as the pro-suicide EXIT International, are turning to medical arguments for the removal of legal barriers for UK and Irish doctors in their promotion of social acceptance of voluntary euthanasia and assisted suicide.

The UK and American lived experiences of activists makes it clear that Irish DPO activists must take every opportunity to ensure that doctors understand that many disabled people are vigorous in their lived experience opposition to a change in the law on assisted dying. Against the spectre of Dying-with-Dignity Law social media promotions, Irish disabled activists could begin an on-line campaign to encourage other disabled adults to ask their GP and health professional:

Halting current Irish legal campaigns around providing legal assisted suicide is a serious matter for social model led activists and their Disabled Persons Orgs. (DPOs). Having no Irish Dying-with-Dignity Laws or legislation currently protects us from malicious manipulation by ableist others. 20th Century history shows us that many non-disabled campaigners for assisted suicide may have an interest in seeing us dead, but sometimes, that threat may come from ourselves too. There is no doubt that disabled adults and young people sometimes encounter real lived experience decreases in quality of life or loss of autonomy or dignity. These lifecourse rolling experiences could enable disabled people to see as reasonable a marketed access for using the laws of assisted suicide. But it is also reasonable to say some of us could harm ourselves because we are depressed or feel a burden on others at various stages in our lifecourse. It is all very well to talk glibly about being mentally competent, but serious illness and impairment related pain can be stressful experiences. It’s one thing to say whether someone who wants to ‘end it all’ is compos mentis (which means having full control of your own mind.), but it is perfectly possible to be both compos mentis and still be suffering from depression of disabling consequences of poor lifecourse society supports. The so-called safeguards that are being talked about by Irish non-disabled proponents of assisted suicide ‘choices’ may sound reassuring to the layman, but a select committee of the UK Parliament was told by social and legal experts a few years ago that they are far from being foolproof. And according to UK disabled activist Diane Coleman; “Legalizing assisted suicide means that some people who say they want to die will receive suicide intervention, while others will receive suicide assistance. The difference between these two groups of people will be their health or disability status, leading to a two-tiered system that results in death to the socially devalued group.” — Check-out Diane’s most recent February 2021 Covid and disability death 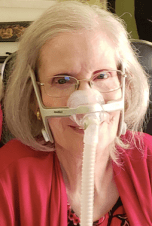 Canada’s Nova Scotia’s DPO Dignity-Denied organised a March 2021 24-hour protest against a Bill expanding the C-7 MAiD (Medical assistance in dying) beyond those who are actually dying and makes death a ‘treatment option’ for a large segment of disabled people in Canada. Gabrielle Peters of DPO Dignity-Denied says that the new C-7 Bill “puts disabled people in the crosshairs and we live in a society that comes pre-loaded with structural ableism. We lack the supports that make it possible for us to live in dignity so the option of a red carpet path to death is reasonably read as enticement. It’s a form of soft power that can easily veer into outright coercion. Even without the stick, dangling the only carrot in sight above state administered death is quite a statement for the Canadian state to make.” (Check-out Gabrielle’s argument)

But again, Irish non-disabled proponents of assisted suicide proclaim on their social media sites, such as CHOICE or End-Of-Life-Irl., that isn’t it true to say that legalised assisted suicide is working well in places such as Oregon USA? A 2017 Oregon study shows a 12 percent yearly increase in lethal prescriptions from when assisted suicide was made legal in the USA state in 1998 to 2013, with an unexplained jump of nearly 30 percent in 2015. Most people who chose assisted suicide in Oregon cited a decreased quality of life or loss of autonomy or dignity as reasons for using the law, according to a study published in the Journal of the American Medical Association. As social model led activists, we know that decreased quality of life or loss of autonomy or dignity are the lifecourse outcomes of a disabling Society and are unambiguous medical grounds to consider suicide. The Oregon experience shows it can be also about seeing and promoting disabled people and their lifecourse lived experiences as a problem, it is clearly a medical model induced assisted suicide narrative.

Dying-with-Dignity suicide proponents are not comfortable in clearly recognising the act as taking one’s life intentionally. And these proponents are also not too interested in discussing that the person who intentionally ingests a prescribed lethal overdose more closely fits the dictionary definition of suicide than the despondent person who jumps off the M50 Liffey bridge with the desperate hope of an end-of-life watery solution. The desire for suicide is a cry for help, even when redefined as a “clinical treatment choice” in a legally assisted suicide plunge into nothingness.Irish disabled activists need to become more concerned with access to effective suicide prevention supports for disabled people and not fooled by ableist arguments that aid in dying is not assisted suicide. Irish ableist proponents claim assisted suicide is only available to people who will soon die.  Yet not only do many people far outlive “terminal” prognoses, but many disabled people are perceived as “terminally ill” by labels imposed by medical professionals.  Eugenic type laws sprouting-up around the globe sometimes even allow impairments like diabetes to qualify as terminal diseases. International ableist Dying-with-Dignity proponents have long sought to widen the legal application of assisted suicide for disabled people to include those with non-terminal impairment labels (Read Connecticut activists article).

Irish disabled activists and DPOs such as ILMI should look to the successes of our DPO colleagues in Connecticut USA in providing a progressive legislative alternatives to medical model assisted suicide.

Legislators and the public should not be fooled by a privileged lobby that seeks to sell suicide as a solution to their own disability-phobia.  Most non-disabled proponents and supporters of assisted suicide, like many in the medical establishment, still hold a deficit-oriented medical framework of disability instead of a social model pro-lifecourse choice of disability. Being a disabled person can be a political and cultural identity, which is the basis for a collective community such as ILMI as a national DPO. Being a disabled person, working from the social model, is ever evolving across our lifecourses depending on barriers and supports in the Irish environment. The Dáil’s Dying-with-Dignity Bill is now a new Irish medical model barrier.

Moreover, Irish proponents of Dying-with-Dignity have been extremely quiet on recognising how crucial the Independent Living movement can be, with activists from a lived experience providing many people with options that make longer lives far more appealing, even when they have been diagnosed (or misdiagnosed) as having a terminal illness.

But why does most assisted suicide international ranting reference “dignity.” The idea that hastened death is a pathway to dignity for people facing physical or emotional decline reveals the public’s extreme perception that “dignity” is not possible for people who access lifecourse supports, technology, or use PAs to be independent or alive.

These types of misperceptions and misunderstandings are rooted in disability prejudice, and in the context of assisted suicide laws and policies. They create a deadly mix that poses multifaceted risks and dangers to Irish disabled people as well as people in other dis-empowered circumstances. Dis-empowered lived experiences such as the lifecourses of people who are aging, are underinsured, have chronic or progressive conditions, and/or lack privilege in other ways.
This final ILMI Dying-with-Dignity blog is saying that assisted suicide misperceptions and misunderstandings could be addressed by a Connecticut USA type approach of effective access to mainstream suicide supports for and with disabled people. Instead of limiting ‘choice’ to having access to a legally assisted suicide, the narrative could be about widening Irish Health Policy to support fulfilling lifecourse discussions that are not tied to suicidal feelings of decreased quality of life or loss of autonomy or dignity in a clinical suicidal death.

Note: Peter is writing in a personal capacity as a disabled activist and not representing the views of ILMI.

ILMI has made a submission to the Dying with Dignity Committee in January which can be accessed in PDF or Word Document to download.

Home | About Us | Contact Us | Privacy Policy
Independent Living Movement Ireland - Carmichael House, North Brunswick Street, Dublin 7. | Tel: +353 (0)1 873 04 55 | Email: info@ilmi.ie
© 2020 Independent Living Movement Ireland | Website & development by Lynchmob design
Back to Top
We use cookies to ensure that we give you the best experience on our website. If you continue to use this site we will assume that you are happy with it.OkPrivacy policy